Why You Won’t Hear Me Talking About the President-Elect 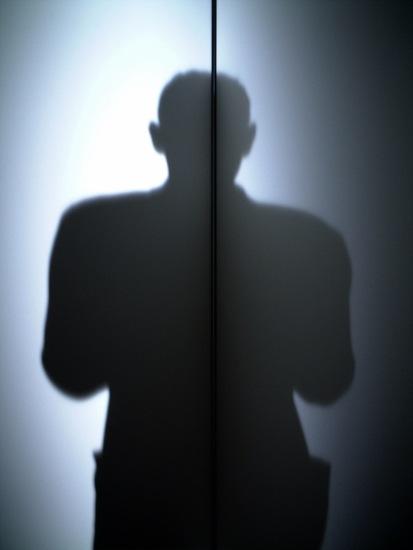 There is a very specific reason I haven’t been commenting recently on the current President-elect, and it’s time I share this reason.

The fact remains that this entire time frame is an experiment in consciousness. And I’ve never been one to pollute my environment.

This time frame is asking us — what do you choose to be in your reality?

My consciousness and my work isn’t centered around fear. Therefore, none of this look-what-he-tweeted flurry is registering on my radar as anything to report on, short of:

“Hang tight and don’t buy into the illusion that it’s all gone to heck in a hand-basket. This whole debacle will come crashing down very soon .”

It’s like a really bad reality show that gets cancelled halfway through the first or second season. I’ve said it once and I’ll say it again — no time line supports this President-elect, including the one they attempted to author in order to paste over the top of ‘reality’.

No matter what it looks like, no matter what laws Congress has passed in the middle of the night, no matter who is sworn in — this President-elect’s energy won’t be furthered. Because it’s simply not his time, or the time of anyone of this consciousness whether they are a man, woman, or gerbil.

It’s the era of the New World. We The People still run this country because we pay its bills, and the majority is not going to stand for the extreme measures being taken.

Our government is only as powerful as we decide it is. And that is one of the great lessons of this time frame.

We’re not sheep. We run this show. We’re finally waking up to this fact the hard way.

No matter whose hand gets placed on the Bible in January, we’re still in the time frame of the feminine. We had a female Presidential candidate who, love her or hate her, won three debates and won the popular vote by a huge margin. We have a President-elect that was voted into office by not only a section of disenfranchised Americans, yet, thanks to electoral math that was heavily affected by a coup between Russia’s fake news and the FBI, a big power play was made by the dying imbalanced masculine — the last twitch in it’s mealy death throes.

The spiritual physics of the New World don’t support these old world physics long term, regardless of what network news has to say. The Emperor’s New Clothes are already seen as some pretty dirty underpants that are headed for the wash.

None of this has ever been about candidates. Or political parties. Again, it’s always been about consciousness.

Therefore, I’m not sure what needs to be commented on past “Don’t buy into the end-of-the-world” hype unless that’s the reality that you wish to learn from.

Sure, activism has its place at this time. My activism is being a #FirewallForLove .

That doesn’t mean I’m not paying attention while stuffing my head in the sand and hugging a Gryphon. It means I’m paying so much attention that I simply see all of this for what it is.

All of this fear, polarization, hypocrisy and hysteria isn’t my particular soul battle. I don’t need to cast the President-elect as my mirror because I’m not fighting a demon on the inside of me that requires caricature-like embodiment on the outside, acting out.

This whole mess is going to crash and burn like the most awkward car wreck ever. And in the meantime, fanning the blow-by-blow fear-fire isn’t my calling.

My calling is to remind us all that each one of us are blinding beacons of hope. We aren’t here to be simply bumps on a fearful log until we can have proof from an outside source that faith is a better idea — as if we don’t have a faith center of our own and we constantly need to be satiated from the outside like a child being fed.

We’re more than a wobbly fence propped up against the wind, subject to the change in the elements.

Sure, we all need encouragement from time to time. Yet there’s a big difference between seeking encouragement and just flat rolling on the ground like Auntie Ida in a John Waters movie, gnashing our teeth because nothing we hear makes us feel any better.

Maybe you are supposed to be what makes another person feel better? Maybe it’s time we stop turning over every rock looking for a savior because the savior you are looking for is staring at you in the bathroom mirror?

We’re here at this time to reach deep, to see what we are made of without the endless stream of immediate-gratification stimulus to pat us on the bum and tell us where fabulous.

We’re here to blaze a path for optimism with an energy of unity. This is the sword that forges change.

We are here to wake up to the mind-bending power that we individually possess, and to bear witness to what a stunning difference we can make when we pool this ability.

The United States of America isn’t a super power on its own. We The People — we are the super power.

Evil may be Legion. Yet we are Union.

We are here to inspire faith by simply not condoning actions that don’t represent our consciousness. We’re here to embody hope because that’s what we’re made of — not because hope is some rickety beat-up life-preserver keeping us barely bobbing amidst a sea of terror like some sad default to misery, or because hope is a campaign slogan, or because hope is the band-aid that gets us through until the next knock on our big plans.

We’re here to embody hope because hope is right, faith in each other is right, and taking right-action — is right.

It’s what we are at our core before we were taught that brazen selfishness represents personal prowess.

My calling is to make sure that everyone is as awake as they choose to be. I’m not going to allocate my life energy arguing politics. That arena is the great mirror for personal reflection rather than conversion.

So if you feel the need to buy into the illusions of the dying old world in order to learn lessons in this time frame — then go for it. I respectfully step aside and you may have at it.

That’s my calling — to remind you, and all of us, what we are truly capable of. Not to call play-by-play the biggest match of Oppression Olympics ever authored. Not to cross verbal swords with attention-seeking internet trolls. And certainly not to get swept into the tide of the dark illusion of a dying world.

To each their own path.

The angels rejoice in this time frame. They call it “The Great Healing”. They see it as the time when we finally begin to heal our fractured selves to embrace The One That Is All Within (the God within) in order to come together in true unity.
Therein lies our greatest power as a species.

So no. You won’t hear me comment on the endless and obvious events to come which shall play out in overly-dissected real-time across every media outlet known to humanity.

You will, however, hear me commenting on how strong we are. And how focused we are. And how our sense of unity continues to usher in the time frame of the healing and balanced feminine. I’ll hold a space for love. I’ll protect that sacred space. I’ll nurture it.

I give my Life Force to hope, not because I’m a cheerleader with a penchant for the saccharine.

But because it’s what I am. And in this time frame of 2017, The Year of Actualization, where transparency is the great currency —

— I give away my riches.

Named "Psychic of the Year" by UFO's and Supernatural Magazine, Danielle Egnew is an internationally-known Psychic, Medium and Angelic Channel whose work has been featured on national TV (NBC, ABC, TNT, USA) as well as in the Washington Post and Huffington Post. She has provided content consultant services for the CW's hit series "Supernatural" and the blockbuster film "Man of Steel". Danielle is also an author, teacher, and TV / radio host in the field of metaphysics. She anchors her private practice in the Big Sky Country of Montana, residing with her wife and their daughter.
View all posts by danielleegnew →
This entry was posted in Spirituality in Media and tagged ascension, current events, faith, fear, hope, optimism, russia. Bookmark the permalink.