How Hillary Clinton Won for America by Losing the Election

Posted on December 21, 2016 by danielleegnew 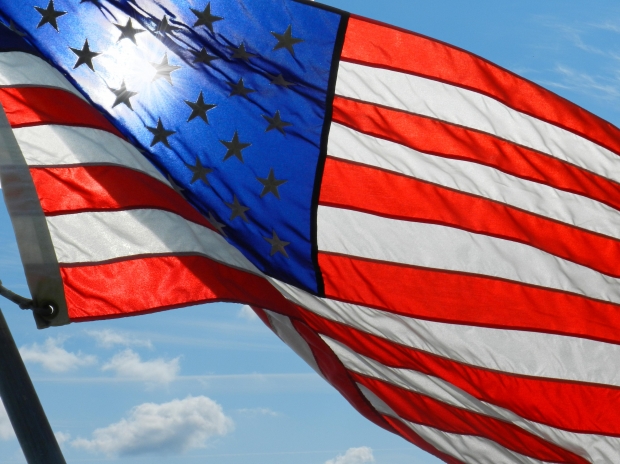 The electoral college has spoken.

I really, really wanted to be proven wrong — that they would not fall for voting in Mr. Trump.

Yet between the death threats many electors received and the fear of the system, fear won. And the writing was simply on the wall. Because we have greater growth ahead —

— And in comes the time frame of the feminine, the great healing, where unity of the people redefines the next phase of America.

The division of the 20th century old world is dead. Evolution demands unity. It is the only course of action that will be supported, universally.

The power at “the top” has not “saved the bottom” for generations. We see this clearly now.

It is We The People who govern this United States, whose god is not a deity, a religion, or an ideal — but money.

We The People decide where our money goes or does not go. Ergo, We The People then become the “god” to those who worship money. Yet God remains God to those centered in Spirit.

One god can be revoked. The other is intrinsic.

The irony is palpable.

The 1% cannot exist without the 99%. We are all connected for a grand reason, of balancing.

May we do so with dignity, temperance, and respect for all.

This feminine time frame, Hillary Clinton won in ways that Trump will never recover from.

In addition to smashing Trump in the popular vote, Pantsuit Nation, the secret Hillary Facebook group, gave millions of women a platform to come out of silence and share their stories of humiliation and abuse under the imbalanced masculine.

Pantsuit Nation received a book deal in order to share these stories.

Hillary Clinton was always the “bridge candidate”, bridging the masculine time frame to the feminine. A bridge lies between two polar opposite sides. As she has held the space —

— 65 million people crossed over, with hundreds of local Pantsuit Nation groups who are no longer stomping for Hillary, but picking up the mantle of activism and standing in the gap for those who don’t have voices such as minorities, women, and the LGBTQI community, leaning on one another for strength in unity rather than being bullied apart.

Hillary Clinton won three debates and the popular vote yet was denied the Presidency by what looks from the outside to be a slow-boiling coup between Russia, the FBI and the Trump camp. And now all three must be examined as the healing feminine seeks to unify the nation.

Indeed, at this time, Hillary Clinton will not be sworn in as President. Yet in her not “winning”, she won, the sharp shock of such a loss presenting the question to us all:

What nation do we choose to birth, as the mother?

Brace for the strength of this healing force, the mother grizzly bear protecting her cubs against an intrusion.

Nothing shall waylay the inertia of this ascension, hurried by the exposure of the infection of divisiveness; racism, hatred — fear.

The grandmothers are with us, their wisdom present, as work seeks to be done to set this time line right.

May their words flow from our tongues, their discernment flow through our hands, and their immovable strength create a #FirewallForLove in our hearts.

Named "Psychic of the Year" by UFO's and Supernatural Magazine, Danielle Egnew is an internationally-known Psychic, Medium and Angelic Channel whose work has been featured on national TV (NBC, ABC, TNT, USA) as well as in the Washington Post and Huffington Post. She has provided content consultant services for the CW's hit series "Supernatural" and the blockbuster film "Man of Steel". Danielle is also an author, teacher, and TV / radio host in the field of metaphysics. She anchors her private practice in the Big Sky Country of Montana, residing with her wife and their daughter.
View all posts by danielleegnew →
This entry was posted in Identifying Energies and tagged 2016 Presidential Election, Age of the Grandmothers, ascension, Donald Trump 2016, Electoral College, Faithless Electors, feminine time frame, Hamilton Electors, Hillary Clinton 2016, Peace, Russian Hackers, Russian Hacking Election, Why Did Hillary Clinton Lose The Election, Will Donald Trump cause a world war, world healing. Bookmark the permalink.