Our Role in this Ascension is Bigger Than You Think

Posted on February 10, 2017 by danielleegnew 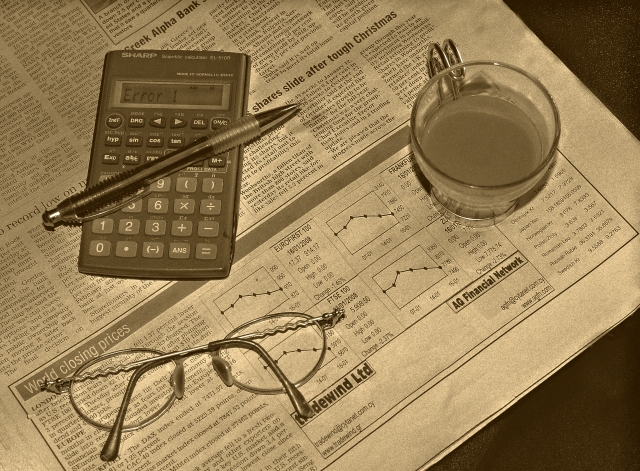 This chapter in American history isn’t simply about Donald Trump. He’s only one guy, one player in a vast cast of ascension. It’s not just about him.

It’s about all of us.

The bottom line is that most folks simply were not in a space to hear what was happening with this bizarre election in real time, let alone a future perspective. Rationality had been replaced with an utter blinding fear consciousness, followed with the ensuing grief.

People were shaken up, angry, scared, that an entire election was literally stolen from our first female candidate, all with the help of a foreign coup aided by the FBI. And make no mistake — this election was purposely, and calculatedly — redirected. Not to spite a candidate, but for big, big money gains. And the financial pay-offs promised to all who helped this outcome pop into fruition are immense.

Meanwhile, the once-powers-that-be in the USA stood around in shock after the fact — and let it happen, as not to rock the boat.

Because no one knew what to do.

People needed to process the injustice of that reality, as well as the reality that many people in the midst of a full-blown corporate government take-over still believe that liberty and justice have won out at the polls. Some even believe that God made it happen.

There was, and still is, a lot of anger. Yet this anger has turned to purpose for the masses. And that was, indeed, the spiritual point of this whole escapade. To wake us up. To get the blood flowing. To prove that ALL outcomes are possible, whether manipulated or not, so be alert.To break down the system so that the system can be rebuilt from a differing perspective as the old perspective had locked horns for good.

Let us all thank the coup for placing into effect a free-for-all, the effect of breaking a system down completely, where we take the broken pieces and like shattered pottery in Japan, we mend the break with gold. The piece then becomes more valuable in its usefulness.

This is the time frame of the feminine. Women are tough. We re-invent ourselves. Our bodies change, our roles change, our minds change, we change. We lead not through bragging but through action and actions of compassion. And we don’t back down when what we love is threatened. A mama grizzly bear is the most formidable creature in the Rocky Mountains.

This feminine time frame, that which the angels call “The Great Healing”, is upon us.

The temple-punch of the last few months’ events is beginning to subside. The consciousness of the nation has placed it’s bubble between the lines, putting fear on the back burner for united action. And now it’s time to speak about what’s to come because healing minds are at the helm and the smoke and mirrors of the Old World are about to come crumbling down.

And indeed many of us were.

We all weigh in. We all reach out. Not in hatred, or partisan anger, but in the need to bring love to the forefront to create that #FirewallForLove that has always been the motivation to bring evolution. We find our inner feminine strength, not the masculine strength wrapped in feminine clothing, but the deep feminine within every man and woman — and we push through the pain as we birth a new nation, indivisible, into life.

WE LEAD. We do. We don’t stop. We don’t back track. We don’t rest. We stay on course, the body of the many, in this channel, in the momentum of true evolution, the inertia of rebuilding.

Now these are no longer campaigns phrases, but templates for the new world.

This has been the exercise, giving away the savior identity that would have been assigned to either Bernie or Hillary that neither of them would have wanted — as they both shouted for America to come off of auto pilot and engage our true potential as a diversified mind in this nation.

Yet it took an incomprehensible coup to bring us this same lesson, years in the making, fragile to pull off, and impossible to uphold over time.

The universe went through a lot of trouble to get us this message, to get us up on our feet.

Now that we are here —

This governmental illusion will fall apart before it gets the footing to truly tear down the country. It never had the power to ruin us. This experiment in consciousness was set before us to see if we would give this hiccup in the timeline the permission to become a full-time nightmare.

Yet the majority does not give this illusion permission.The majority doesn’t relent beneath the photo ops of executive orders. And the illusion evaporates, a parlor trick of the last old world stand-off.

The walls — they come tumbling down quickly.

Comey and several other high-rankers within the FBI will be investigated for their part in Russian efforts of hacking and fake news distribution; Those who need to be held accountable, will be; the Supreme Court, no matter what mandate the administration sends down, will not roll back civil rights that are in place; and no wall will be built. The masses are not thrown over the border and deported. No medicare is stripped away. Even the ACA though “repealed” is still in place because in this grand illusion – there is nothing to replace it. The Dakota Access Pipeline falls into it’s own pit of hubris as legal action stalls out yet again as half-dug canal beneath a lake is suspended in court. Later the pipeline itself experiences seal breaks as unprecedented rains pepper the midwest in 2017-2018, causing flooding. Shifting ground weight twists the best of engineering’s designs. Oil profits are lost deep into the soil and water. And new legislation will be born under a new President to address these great natural resource losses.

All of this chaos and distraction has been transparent from the moment it hit the news. Parlor tricks, headline-grabbers, keeping our heads turned away from the stock market and the business world attempting to position money before the President is impeached — which is his hope, so that he may return to his own dynasty. His unfortunate plan blinds him from his closest advisors turning on him, Bannon one of the first out of the boat once the President’s usefulness has expired.

Interestingly, Bannon is a film director. His idol is a Nazi propaganda film maker. Our President is a TV star, being directed. Once a director walks off-set — the actors have no vision, and the production closes.

We lead, we lead, we lead with love. With respect for those we disagree with, with secure dignity instead of fear. And with temperance and purpose, not entitled rage. There is no more need to fuel ignorance in ourselves in order to mirror ignorance in others.

The ego is dismissed in lieu of purpose. Your neighbor is not your enemy. And Party Lines are not real.

We must decide if our addiction to tribal warring outweighs our need for survival.

We course correct with directing the phenomenal energy of intention flowing through us — energy behind phone calls, behind starting new community centers where all are welcome, with letters to those who make decisions, with not sitting back in shock, but leading with love.

We lead with the energy of putting our dollars in banks that don’t back endeavors that are contradictory to a united and respectful earth for all. The money shifts. Then more fear of more money shifting turns the perspective for those whose god is the dollar.

We step up. All of us. In our own way. And we have extra compassion for those who cannot, for their burden is great.

The time lines are put right. This inserted reality falls away as the exercise is received in record time — for humanity’s ascension is imminent.

A coup cannot bend destiny, only buy time for the lesson.

And this opportunity for growth is about transcending, overcoming, through love. Love, the verb, who stands in the gap for what is to come — an earth moaning beneath the neglect we’ve dealt her, the weather bringing to us all lessons in humility, and working together.

This is your time, humanity, to step up in your design and do what you do best — work together for something amazing.

We lead with love.

Named "Psychic of the Year" by UFO's and Supernatural Magazine, Danielle Egnew is an internationally-known Psychic, Medium and Angelic Channel whose work has been featured on national TV (NBC, ABC, TNT, USA) as well as in the Washington Post and Huffington Post. She has provided content consultant services for the CW's hit series "Supernatural" and the blockbuster film "Man of Steel". Danielle is also an author, teacher, and TV / radio host in the field of metaphysics. She anchors her private practice in the Big Sky Country of Montana, residing with her wife and their daughter.
View all posts by danielleegnew →
This entry was posted in Spirituality in Politics and tagged ascension, Bernie Sanders, DAPL, democrats, Donald Trump, Energy Transfer Partners, healing the USA, Hillary Clinton, love heals everything, psychic predictions 2017, republicans, Was there a coup. Bookmark the permalink.